POAP (pronounced poe-app) is one of my favorite crypto application. There is a good overview of what POAPs are for. I think POAPs are a great way of capturing memories and events, and potential creating connection and community. I love that they are a crypto app that has no monetary component. I’ve created many POAP events as well as collecting many. 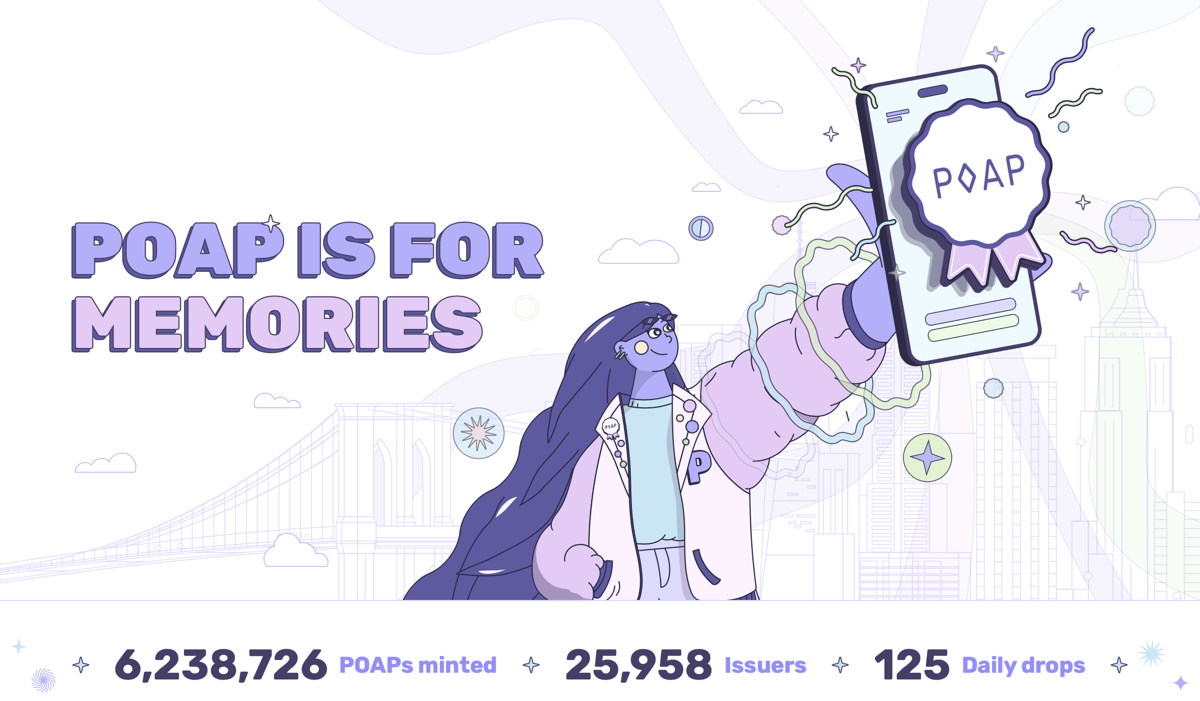 I love how POAP has gown thus far! The growth has been amazing and the organization has continued to create meaning and value. There are three areas that I would like to see POAP extend and wanted to explore in more detail.

POAP has an existing API which is great for people looking to create applications using POAPs. However, there is a bigger opportunity for POAP to offer simple integration hooks that could be used by many services and people to extend as they please.

POAP events themselves are pretty simple today. They have a summary, image, location (text), a URL, and relevant date information. Events could be enhanced in two material ways: authenticity and different types of events.

POAP is a great way to introduce people to crypto. I have personally introduced well over 100 people to crypto by giving out POAP tokens for various events. I’ve put together a very simple guide for people to claim their first POAP, including setting up a wallet! But more could be done here to make it easier for people.

I’m sure that POAP has a long roadmap and more things to work on than they have time to do. I think it would be great to see enhancements like the above because I think they hit on key areas that would drive POAP growth and adoption.

Enabling integration capabilities would allow POAP issuers to do things like send a Tweet every time a POAP is claimed. Additional authenticity would allow more confidence in POAPs, particularly if POAP Checkout is used to raise funds for a good event. And taking on more of the wallet tasks for users would make onboarding new people to POAP so much easier.