We had our 4th annual TeamSPS Kubb Tournament today. We were graced with impeccable weather to throw some Kubb. We had 16 teams of five or six people. The tournament format we used was very similar to last year, and simple to play. We had four round robin groups of four teams each. They played three single-game rounds, time limited at 25 minutes. At the end of 25 minutes the team with the most baseline Kubbs standing was declared the winner. A throw off would have been used on a baseline tie, but that wasn’t even needed. 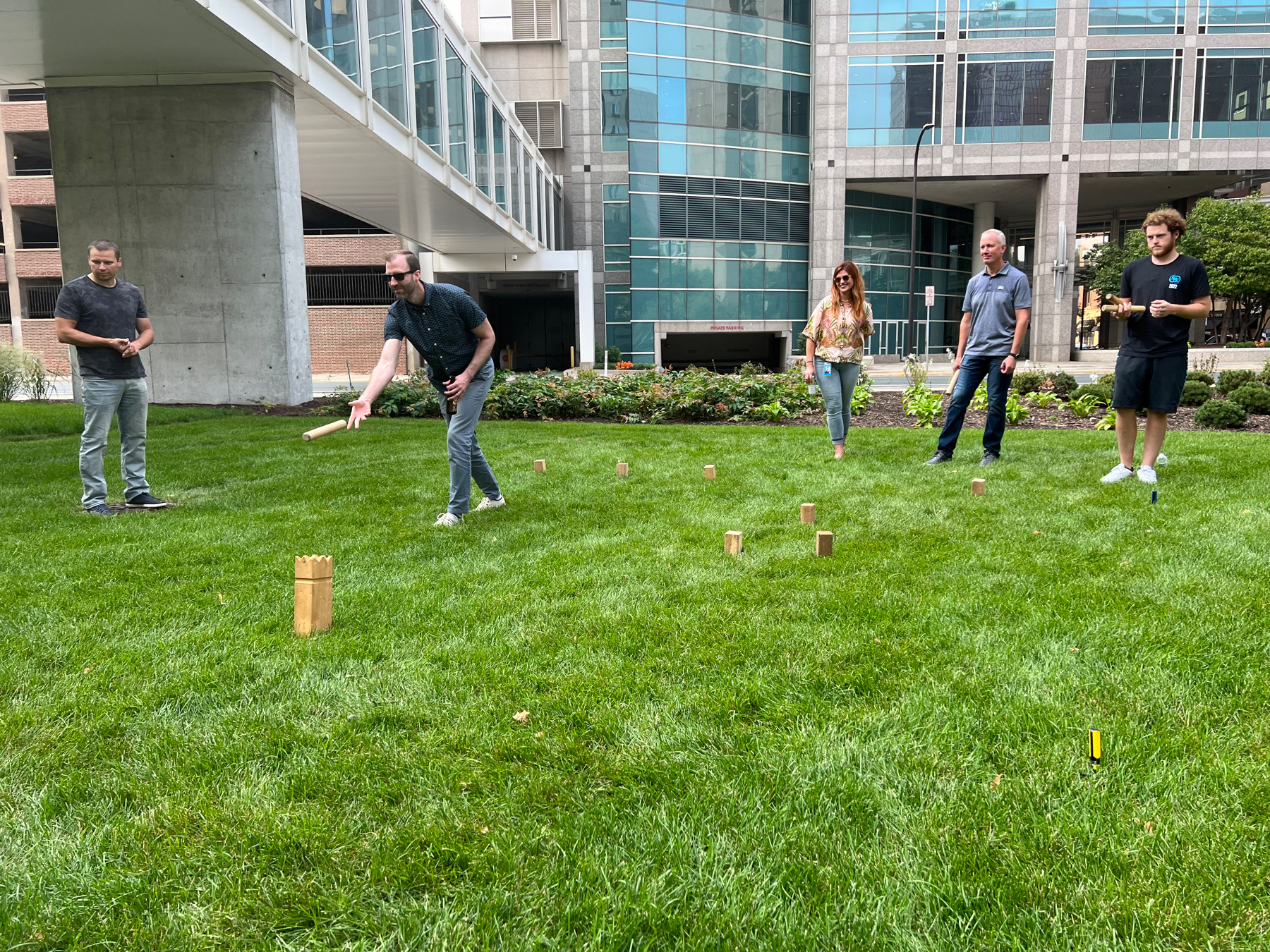 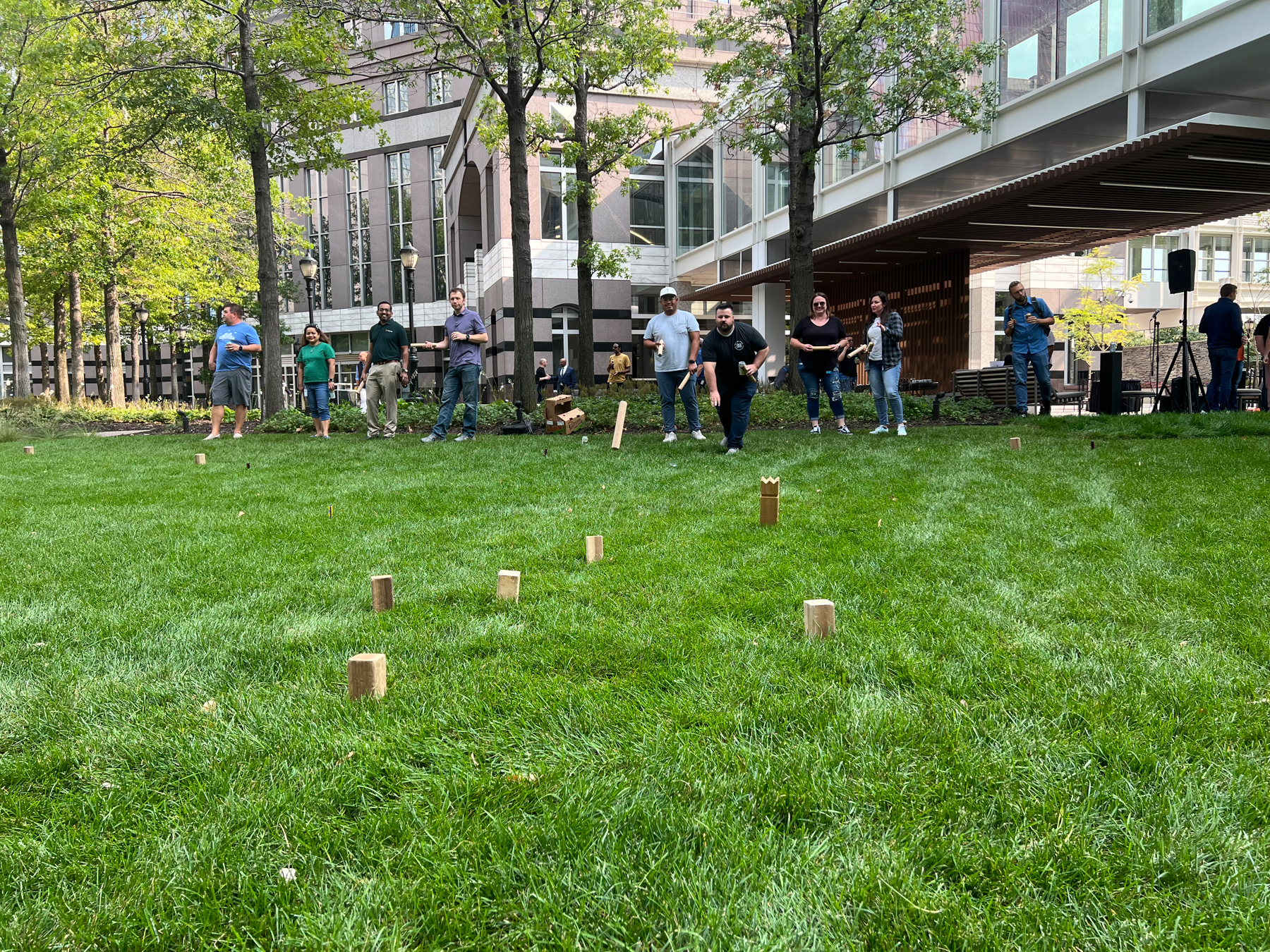 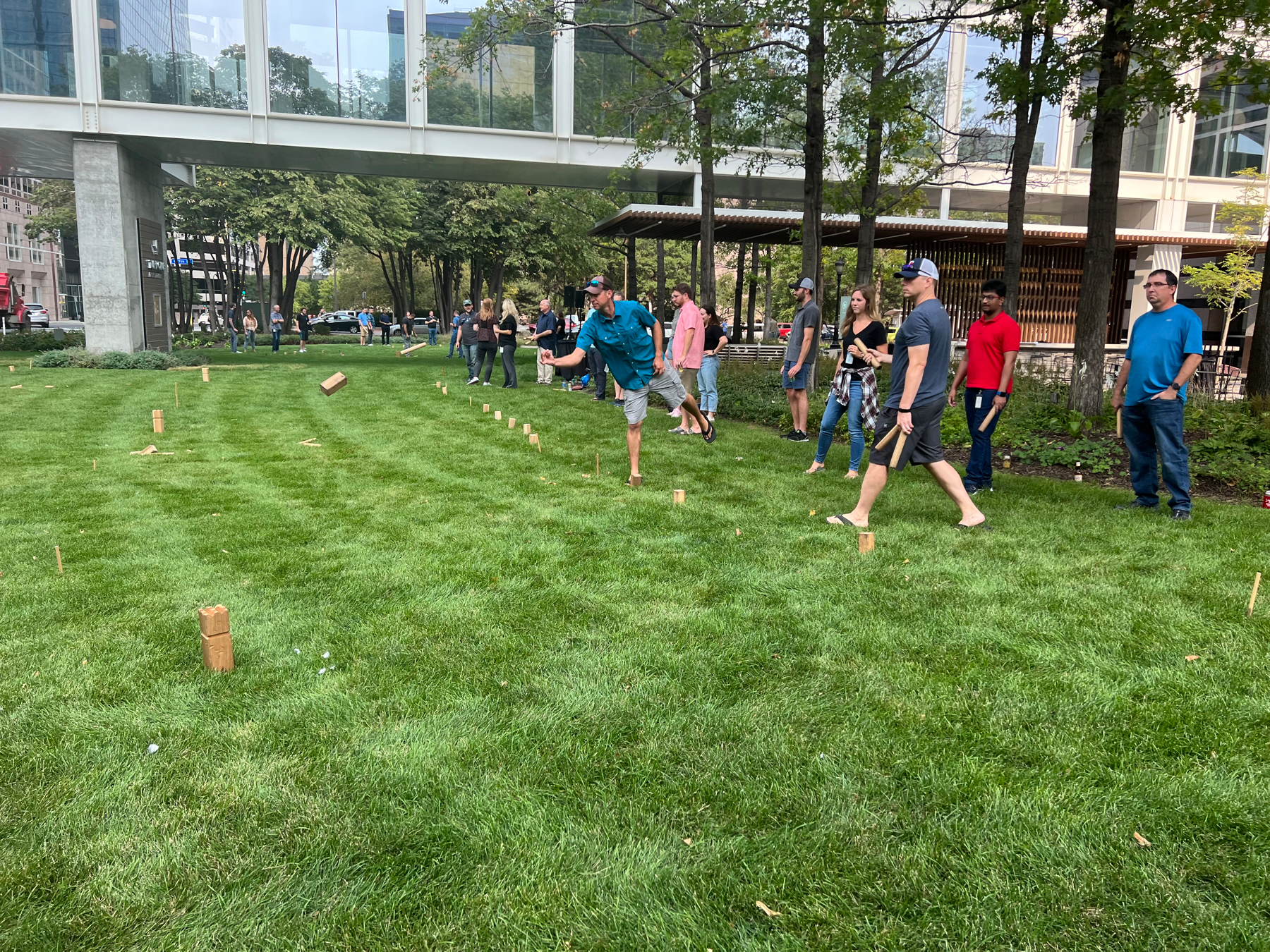 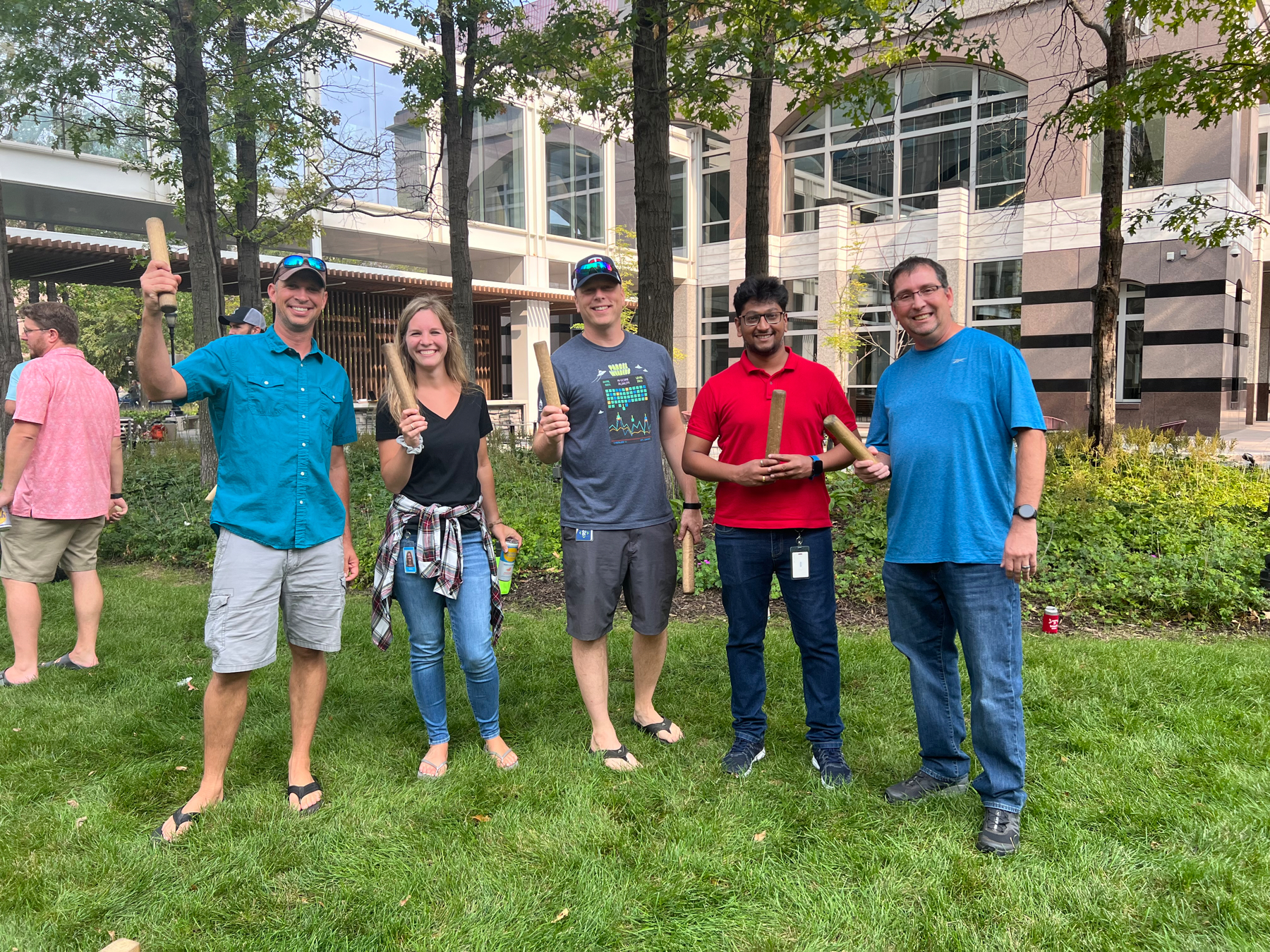 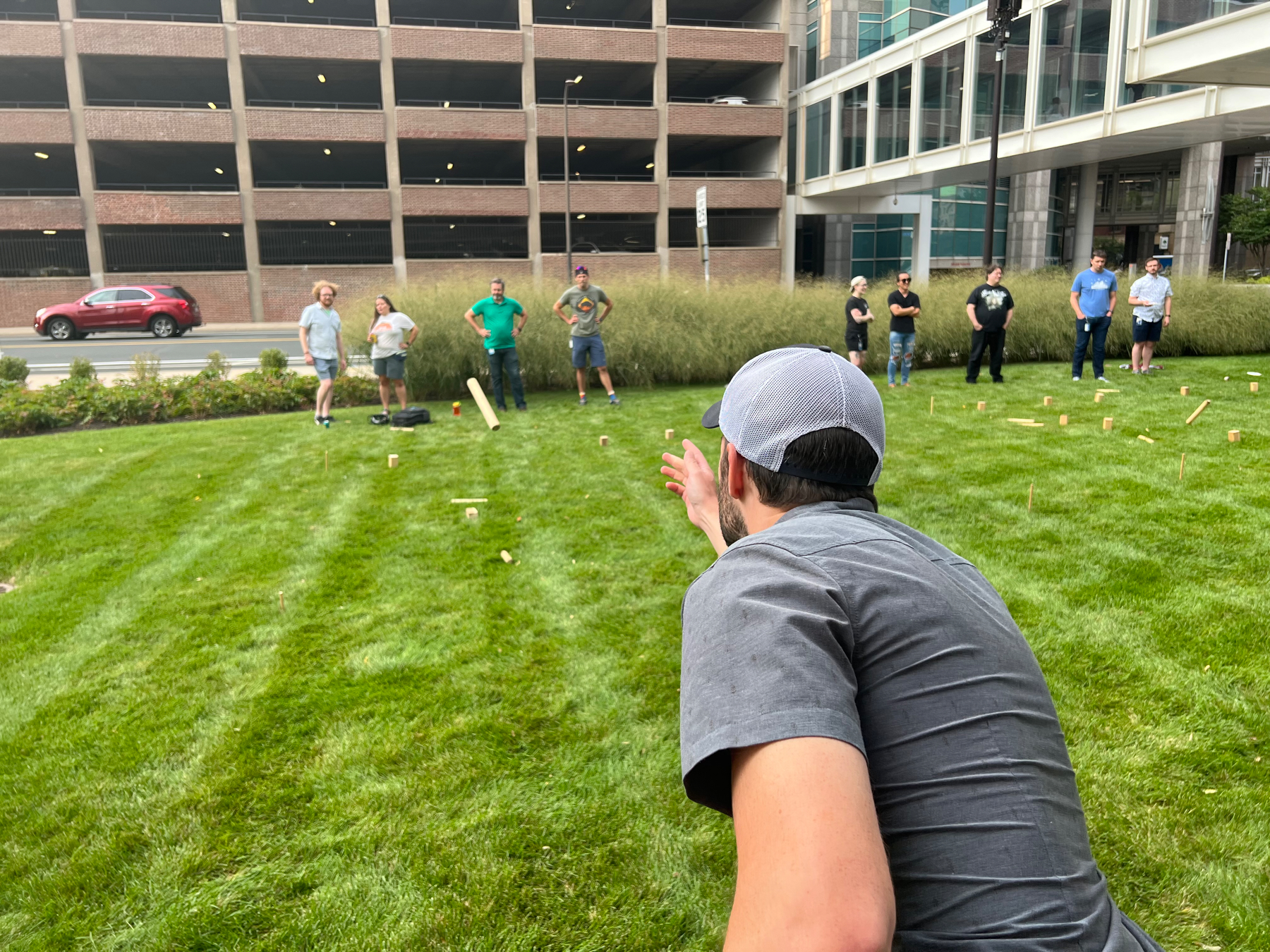 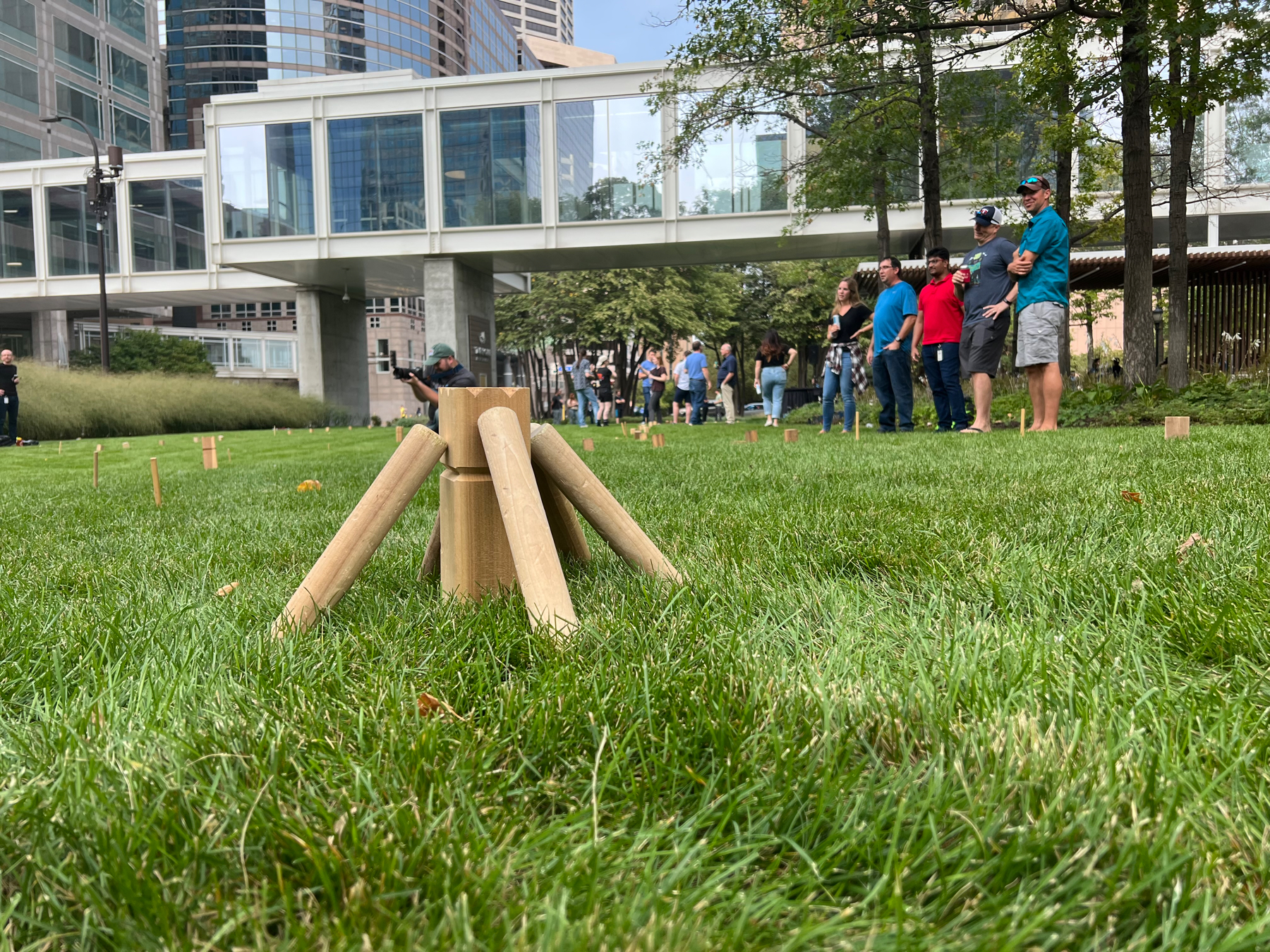 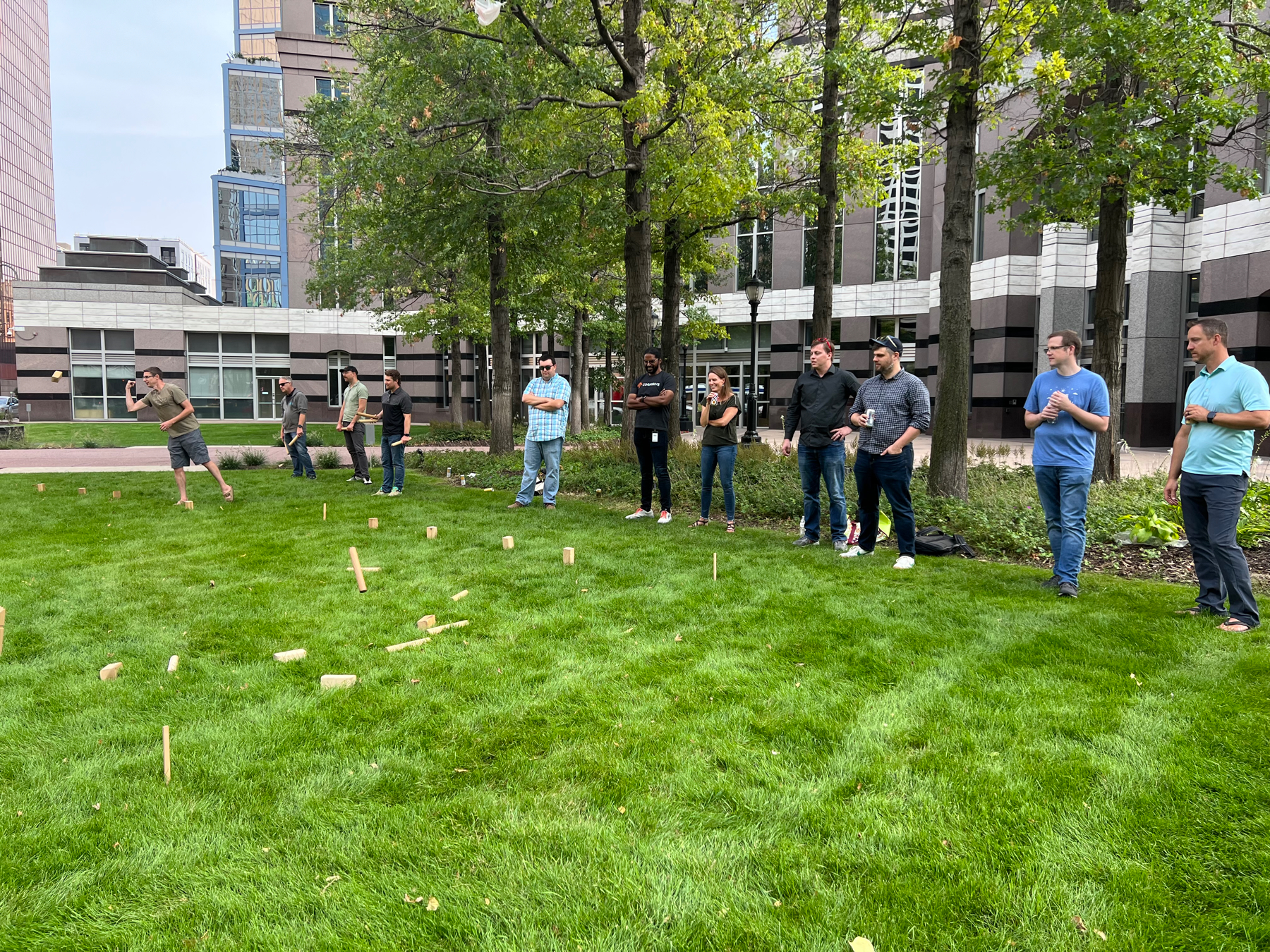 After the round robins were completed we ranked each team first to fourth in their group, and then went out into four simple brackets to get a winner from each. 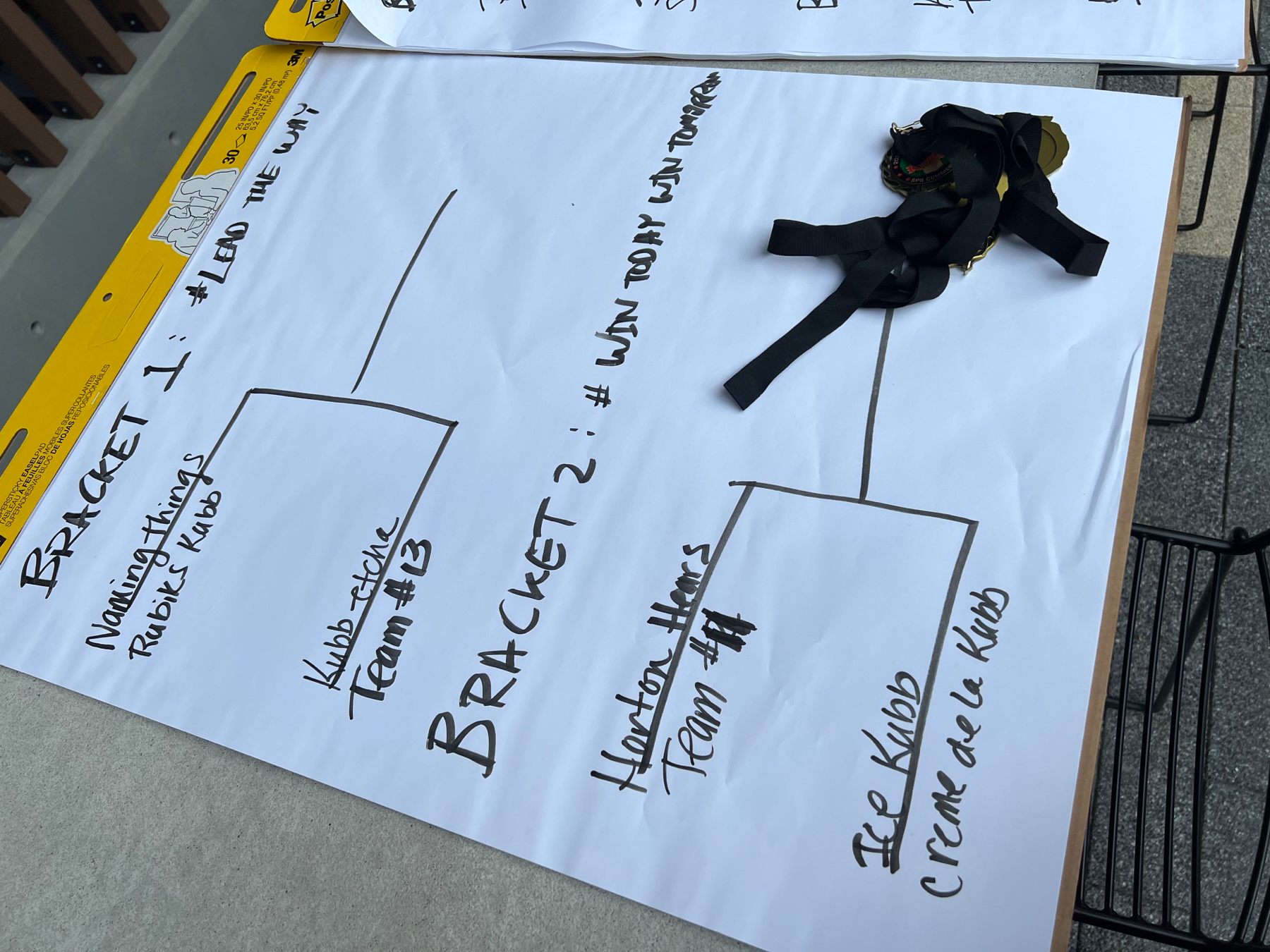 We did have a bit of a surprise when the sprinkler system at SPS Tower turned on while we were still playing. It continued and interfered with one final game, but everyone was a good sport about getting a little wet. 💦 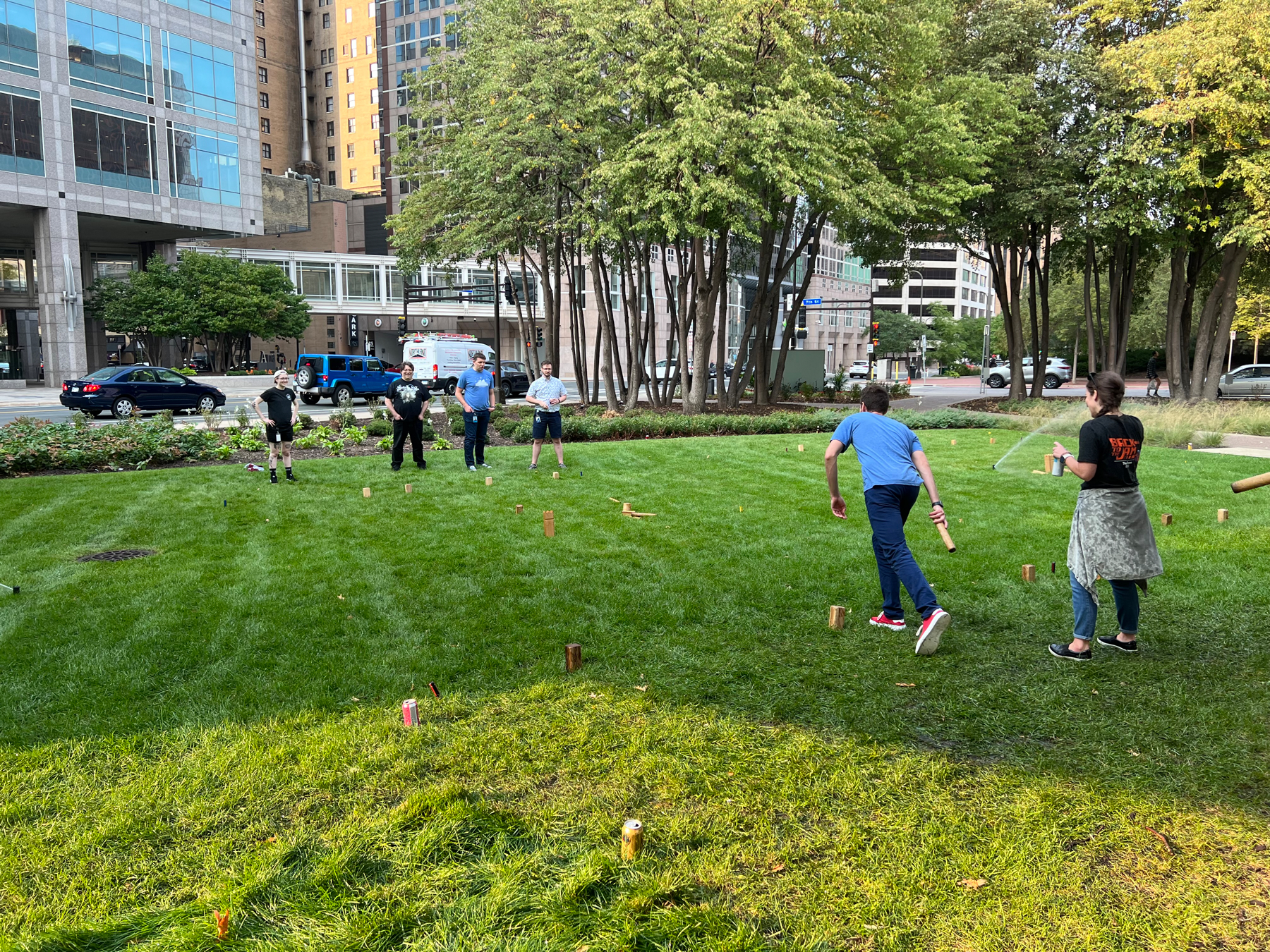 Final results of the #LeadTheWay bracket gave the overall with to Rubiks Kubb! 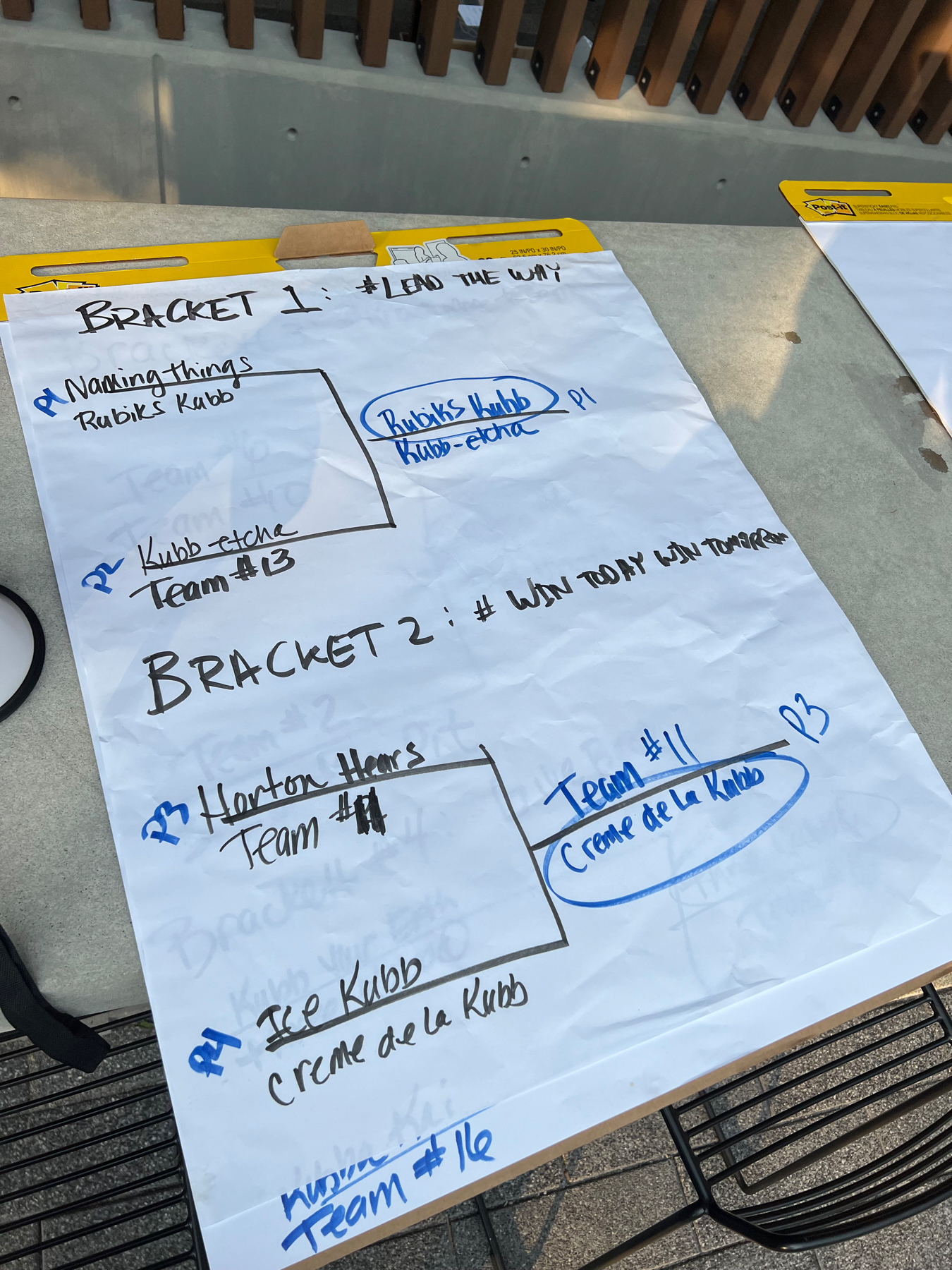 This is such a great event and everyone has a wonderful time. I can’t wait to direct the 2023 Tournament!