Our family enjoys playing Ticket to Ride and we have some of the expansion packs. When I saw the new Japan expansion pack I knew that was something we would like. We’ve now played both the Japan and Italy (the flip side) versions. 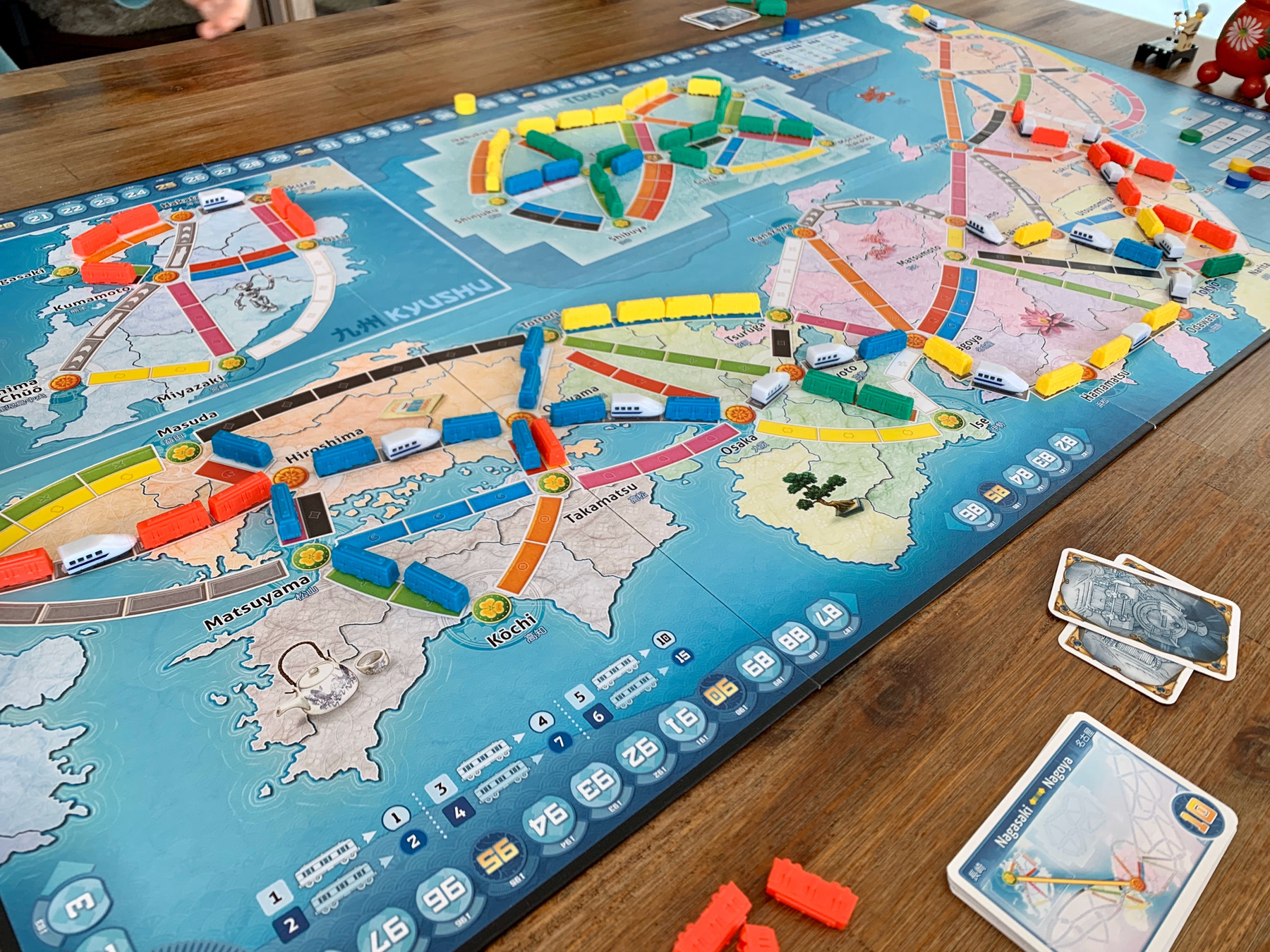 The Japan expansion pack is interesting because it introduces a new cooperative element to the game in the form of the bullet train. All players work together to build the bullet train, and in fact you are rewarded and penalized for how much or little you work on it. It’s like a game in a game. The bullet train can then be used by all players. It changes the game a lot and is a really fun way to play. I think this version of the game will reward players that draw a large number of tickets. 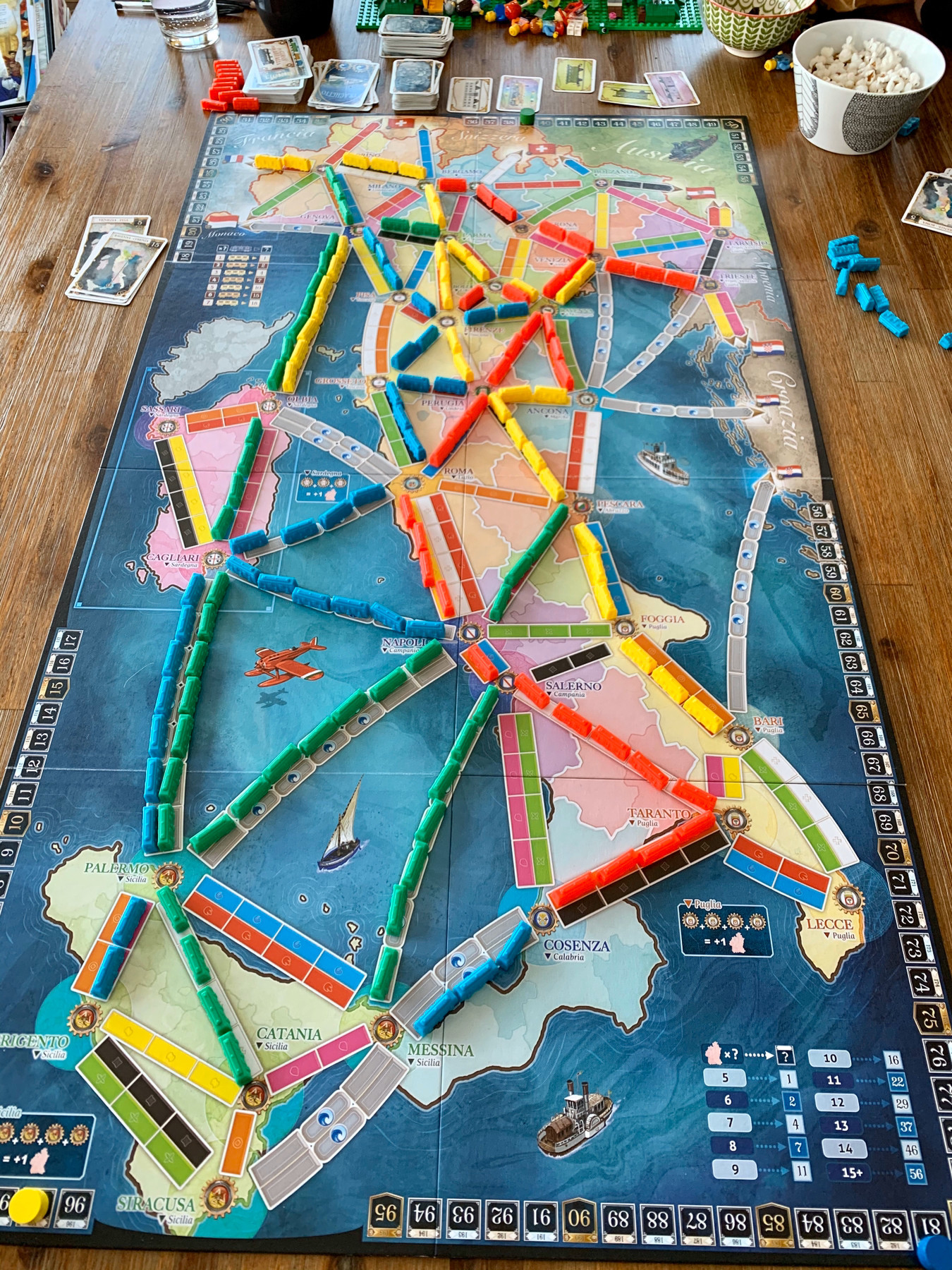 Italy is more traditional. There is no communal play like the bullet train. It introduces Fairies to the game to build water routes. It also has a bonus concept of connecting a large number of regions. It is fun, and if you enjoy Italy it’s fun to play with all of those cities. Gameplay is pretty standard.