When I was in high school in Minot, ND I used to volunteer for Craig Nansen, the Technical Coordinator for the Minot Public School District. I got connected to Nansen when I got my Apple //c for Christmas and wrote a letter to the Apple User Group of Minot, which was organized by Craig and was defunct. If I remember right I had also written to Apple to get the name of the local user group.

That connection turned into an opportunity to work with him after school which I leapt after to get access to the labs of Apple and Macintosh computers. A lot of what I remember doing was using the special software from MECC to make hundreds and hundreds of copies of 5.25" floppy disks for the various labs.

When I was volunteering Craig was deeply involved in a cool project with Brøderbund to create a new game in the Carmen Sandiego franchise, Where in North Dakota is Carmen Sandiego?. 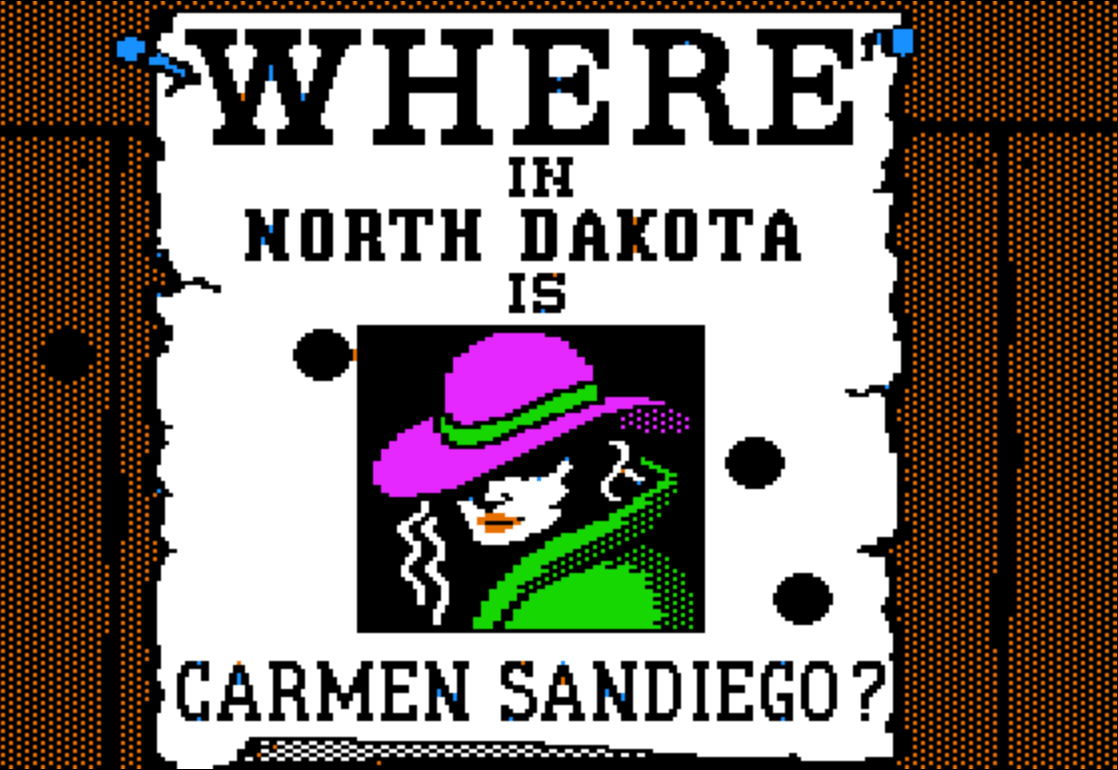 I knew of the Carmen Sandiego games and had played a couple of them myself. It was really cool to think that the storyline could extend to North Dakota. 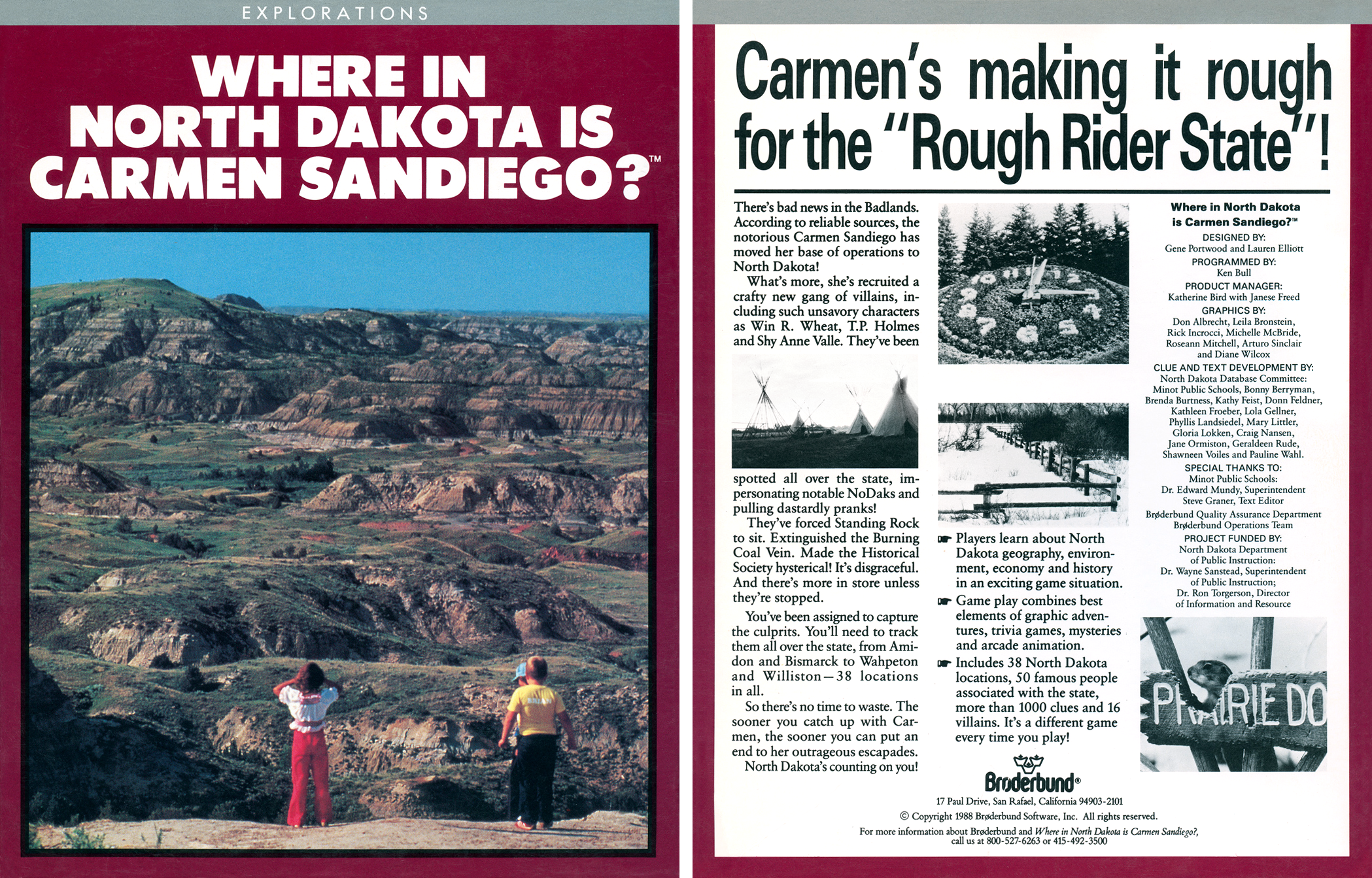 I didn’t know however how rare the game was. All of the other Carmen Sandiego titles were well known, but this specific title was even missing from the founder of Brøderbund’s collection.

While examining Carlston’s donations at The Strong, Video Game History Foundation founder Frank Cifaldi noted that Where in North Dakota was missing. Cifaldi tweeted about the game, explaining that he’d only recently heard about it and requested information from anyone who had more details.

That tweet initiated a domino effect. Former Minot school district administrator Craig Nansen noticed Cifaldi’s tweet, wrote him back, and arranged a sit-down conversation with as many of his ex-design colleagues as he could locate.

Craig’s reply to that tweet was the genesis of what eventually turned into a hunt to fully document this rare title. The journey is chronicled in this Screenland S1 E6: Eight-bit archaeologists episode with Frank Cifaldi of the Video Game History Foundation. The segments are 5:46 - 10:41, 15:09 - 19:06, and 21:34 - 24:02.

At 18:00 into the Screenland episode you get a great overview of the history of the game. Craig as well as other contributors to the game are there. Craig was a master archivist and had a tremendous amount of material to share about the game.

Carmen North Dakota was a little unique because in addition to being a game for consumer sale, it was intended to be used in North Dakota classrooms to teach kids about the state. To go with it, there was this blue covered Carmen’s North Dakota Almanac. 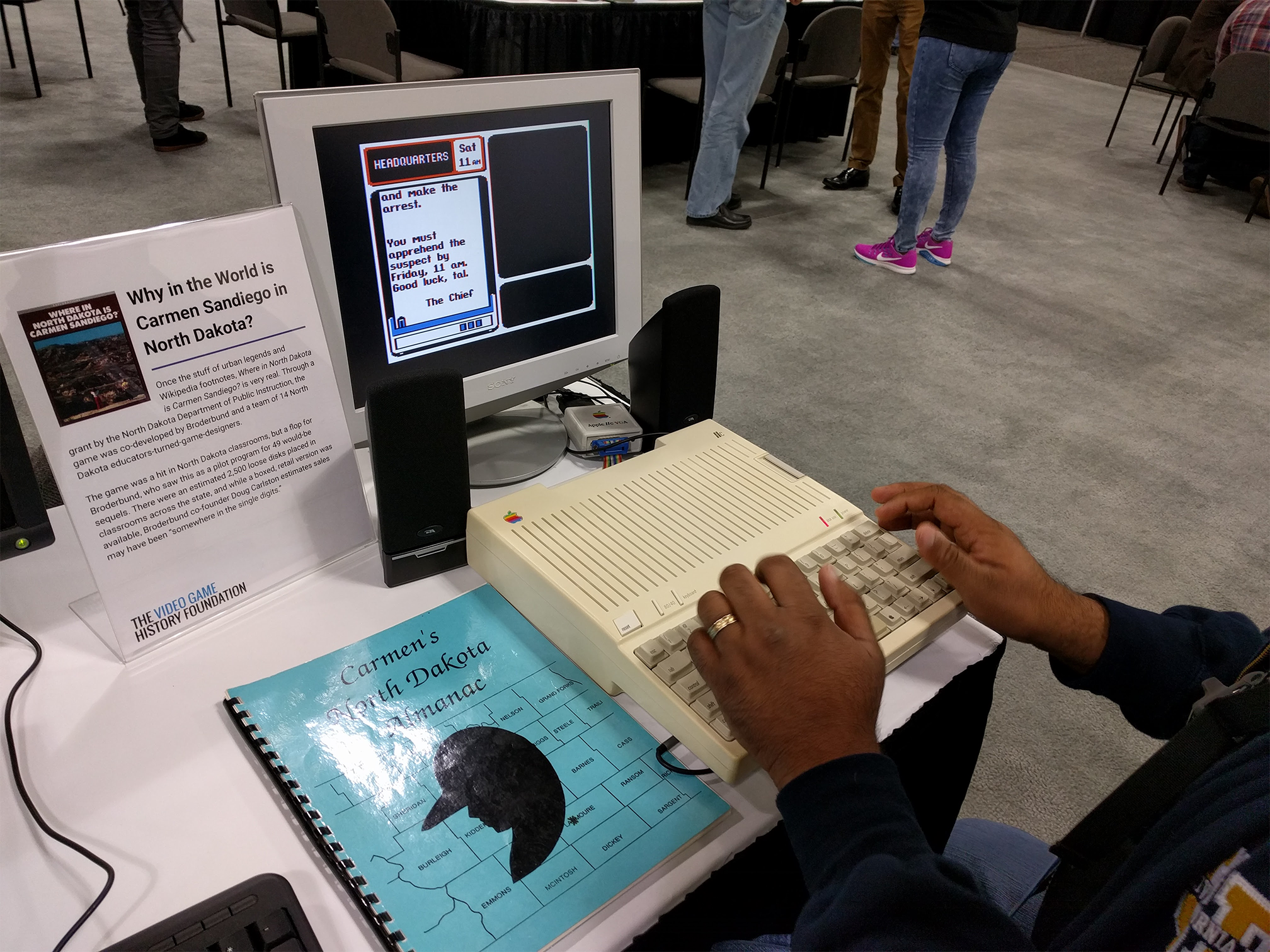 The Carmen’s North Dakota Almanac was my very small part in this project. Noted from the cover sheet of the almanac:

I have the full Almanac and the ND Database Project with the cover sheet that included all of the committee members names.

Back then I had gotten pretty good at QuarkXPress and did some page layout assistance for the Yearbook committee and used it for some personal projects too. I don’t recall very well, but I’m guessing that is where the “Page Layout” part came in.

You can play Where in North Dakota is Carmen Sandiego? on Internet Archive in an emulator.

I’ve independently archived the ROM (disk) files for the game. You need to download the disk images and then load them in an Apple II Emulator.

There is a full and super detailed writeup on the game by David Craddock at The Video Game History Foundation.

Also see Why in the world was Carmen Sandiego in North Dakota? from July 2016 in the Fargo Forum.

The Carmen North Dakota committee turned over some disks and other resources to Frank Cifaldi to be housed in the Strong Museum of Play in Rochester, NY as a donation of materials. They also have Doug Carlston’s personal archive from Brøderbund.