About a week ago I stumbled upon a blog post from a fellow Big Green Egg enthusiast that explained how he had attempted to do tandoor style cooking using his Big Green Egg. If your unfamiliar with a Tandoor there is a good write-up on Wikipedia, but the essence of it is captured as:

The food is cooked over a hot charcoal fire or wooden fire . Temperatures in a tandoor can approach 480 °C (900 °F), and it is common for tandoor ovens to remain lit for long periods of time to maintain the high cooking temperature. The tandoor design is something of a transitional form between a makeshift earth oven and the horizontal-plan masonry oven, and is used almost exclusively for live-fire, radiant heat cooking.

If you’ve ever had Tandoori Chicken at an Indian restaurant you’ve eaten food from a tandoor. It has a very distinctive flavor, and is not easily reproduced at home.

I read this other guys first try “Big Green Egg as a Tandoor Oven?” as well as his second try “Tandoori Experiment 2”. I sent these links to my friend Senthil who is from India. He’s from southern India and tandoor cooking is a northern India thing so he was as unfamiliar with a tandoor as I was! He has a connection with Taste of India and we were able to secure some of uncooked Tandoori Chicken from them. This was important since we would be able to isolate the taste based on cooking method, rather than the marinade and preparation.

Preparing the Big Green Egg to be used as a Tandoor was simple. I topped off the firebox as I would with any high heat preparation. Getting that hot uses a lot of charcoal. I let the fire get going with the top completely uncovered and the bottom vent fully open. Once we got to 400 °F we quickly climbed all the way to 600 °F.

There was flame in the Big Green Egg with that much air going through. Very, very hot blue flames. We needed to make sure the chicken wasn’t torched in the flames so I took the plate setter from my small Big Green Egg and put it upside down, straight on the charcoal, in the large Big Green Egg. This worked great. It pushed the open flame to the sides and still allowed plenty of air for high heat cooking. It also gave us a stable, flat surface on the bottom to hold the skewer in place.

Putting the plate on the charcoal stunted the temperature momentarily but it quickly regained its footing until we reached a roaring 680 °F. Now, that’s not the 900 °F that a true tandoor may reach, but it’s plenty hot enough.

We placed the chicken on a skewer that was about four feet long and placed the hook down so that it could not slide off. We then simply slid the entire thing through the top of the Big Green Egg, never opening it. It is important at this point to make sure that you skewer the chicken in a manner that will allow it to fit through the top. We had to do some maneuvering for some of our pieces but it worked fine.

After 8 minutes we pulled it and checked the for temperature but it wasn’t done. We put it in for about 5 more minutes. Ultimately, we probably could have pulled it 2 minutes earlier.

Oh my! The results were amazing! The thing that hit both Senthil and I was how incredibly juicy the chicken was. It was cooked in an inferno but the meat was incredibly succulent. It had that wonderful red color that you get from tandoor cooking. It absolutely looked and tasted like the real deal. In fact we both felt that it tasted better than the Tandoori Chicken we’ve had at most Indian restaurants.

This is really easy to do and I encourage Big Green Egg owners to give it a try. Equipment wise you will need some specific items:

Other than that, just enjoy some amazing tandoor cooking at home. We want to try cooking bread next! 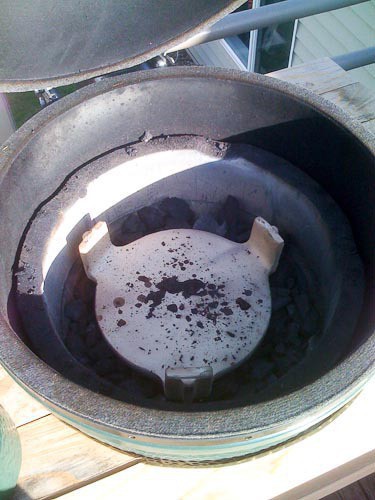 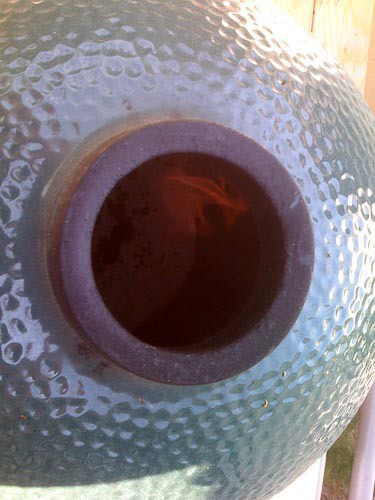 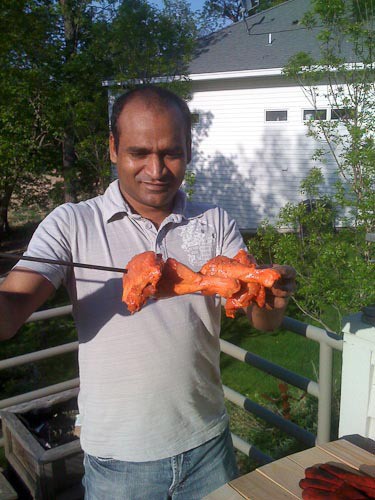 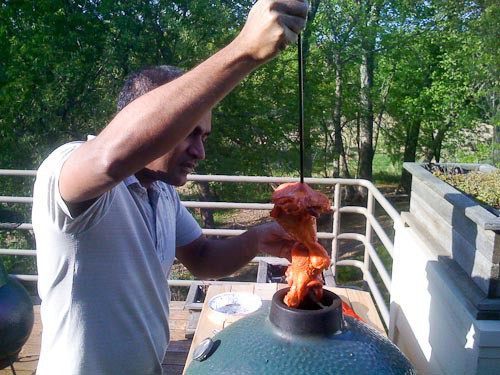 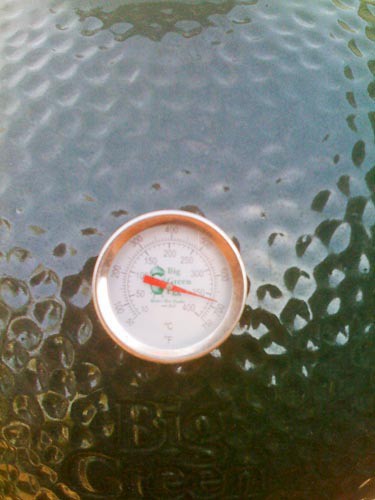 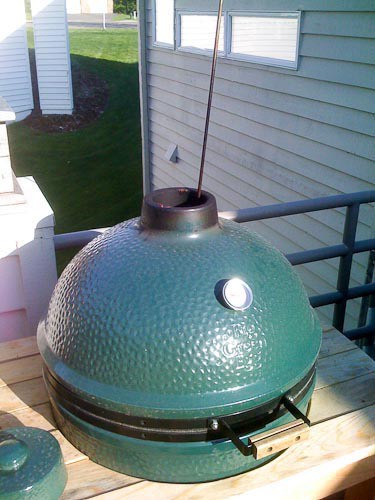 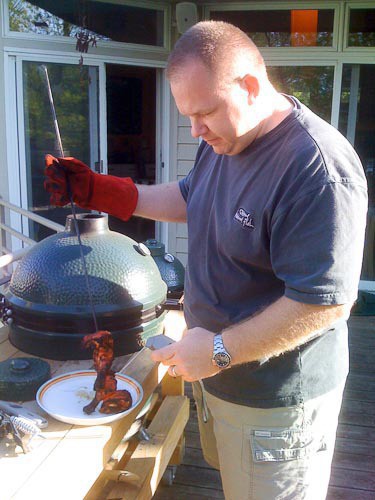 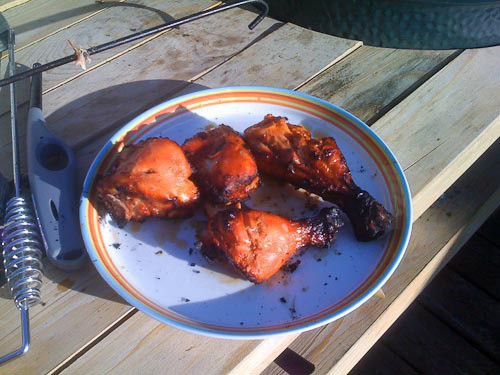